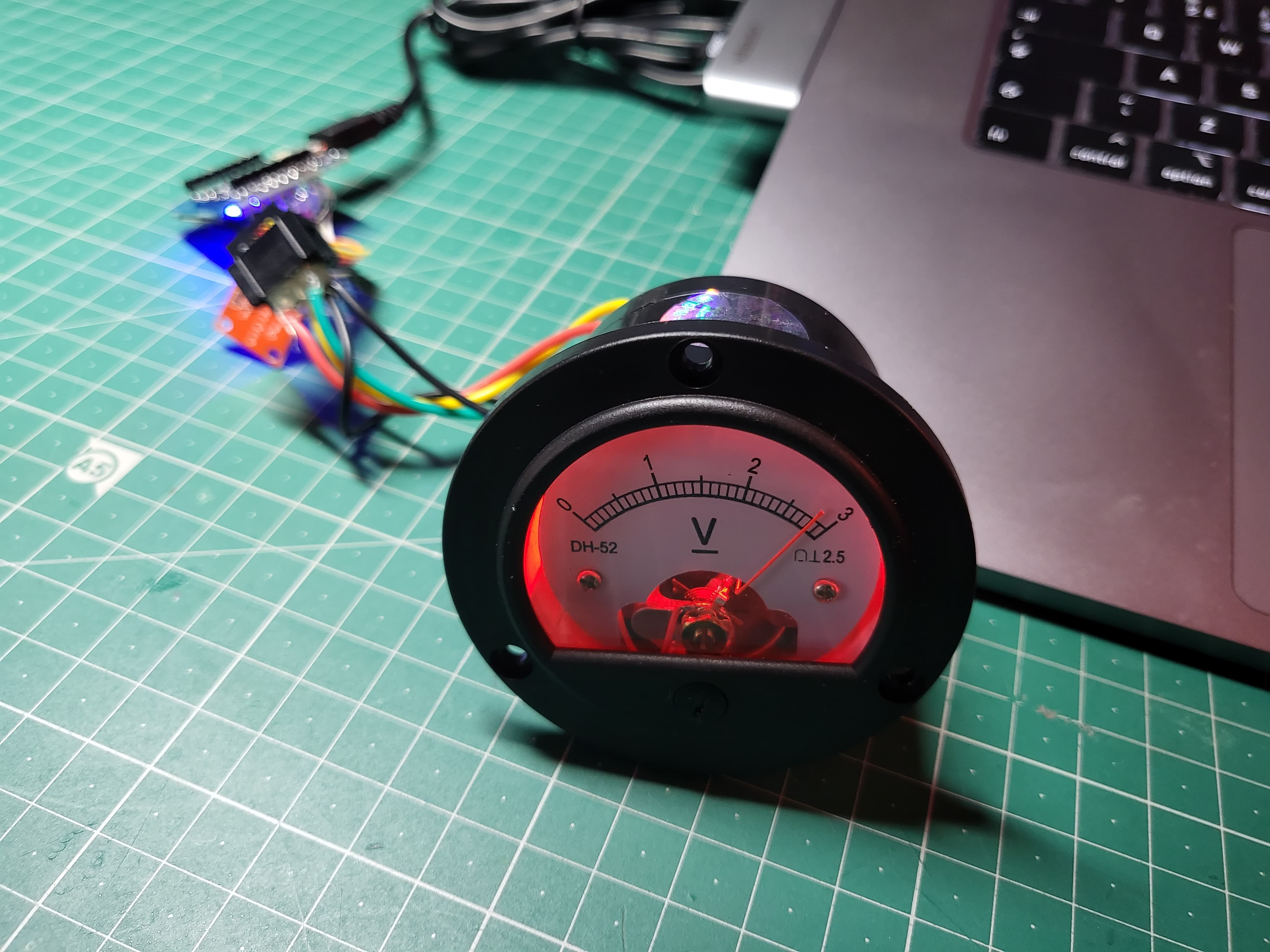 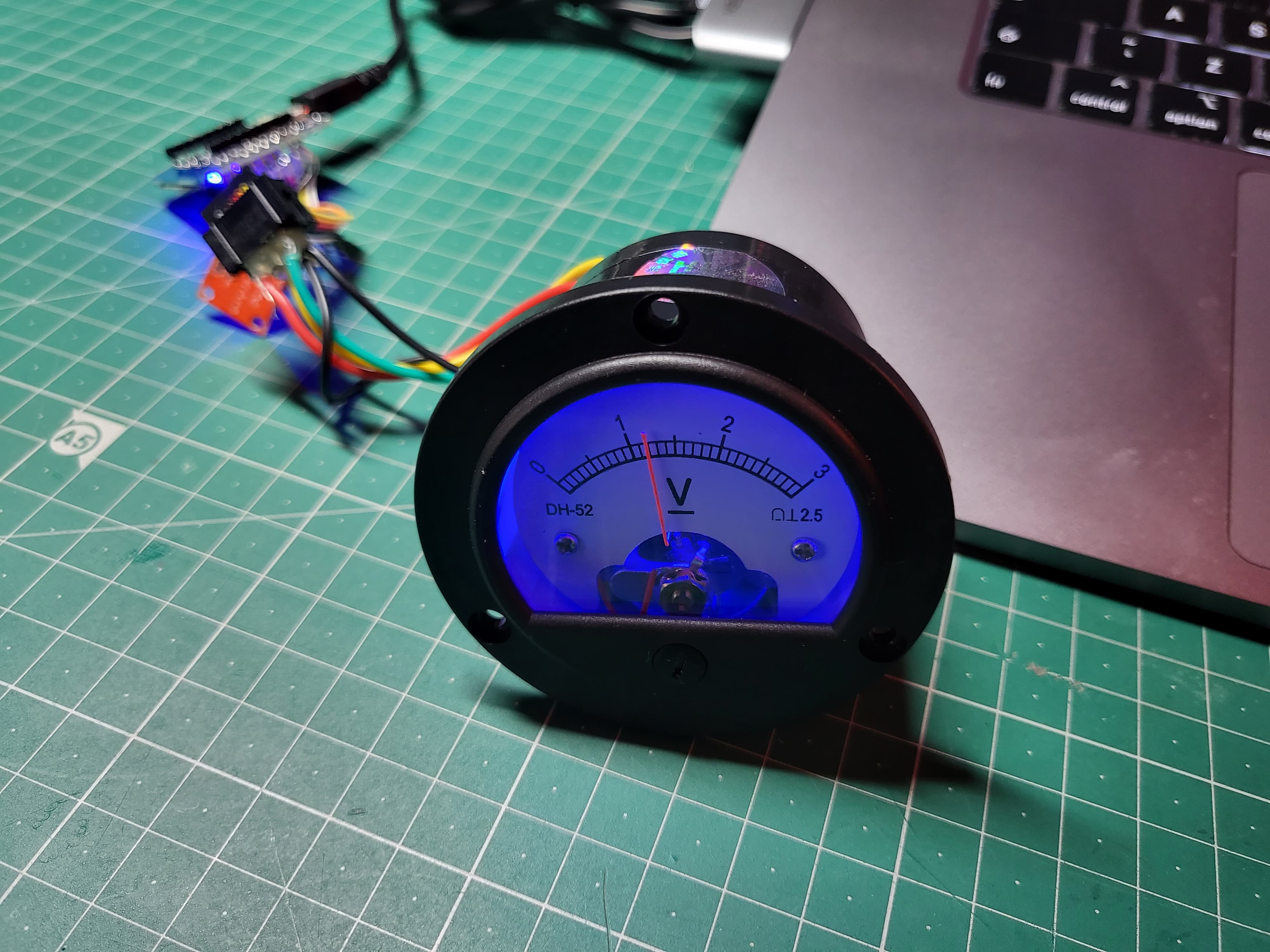 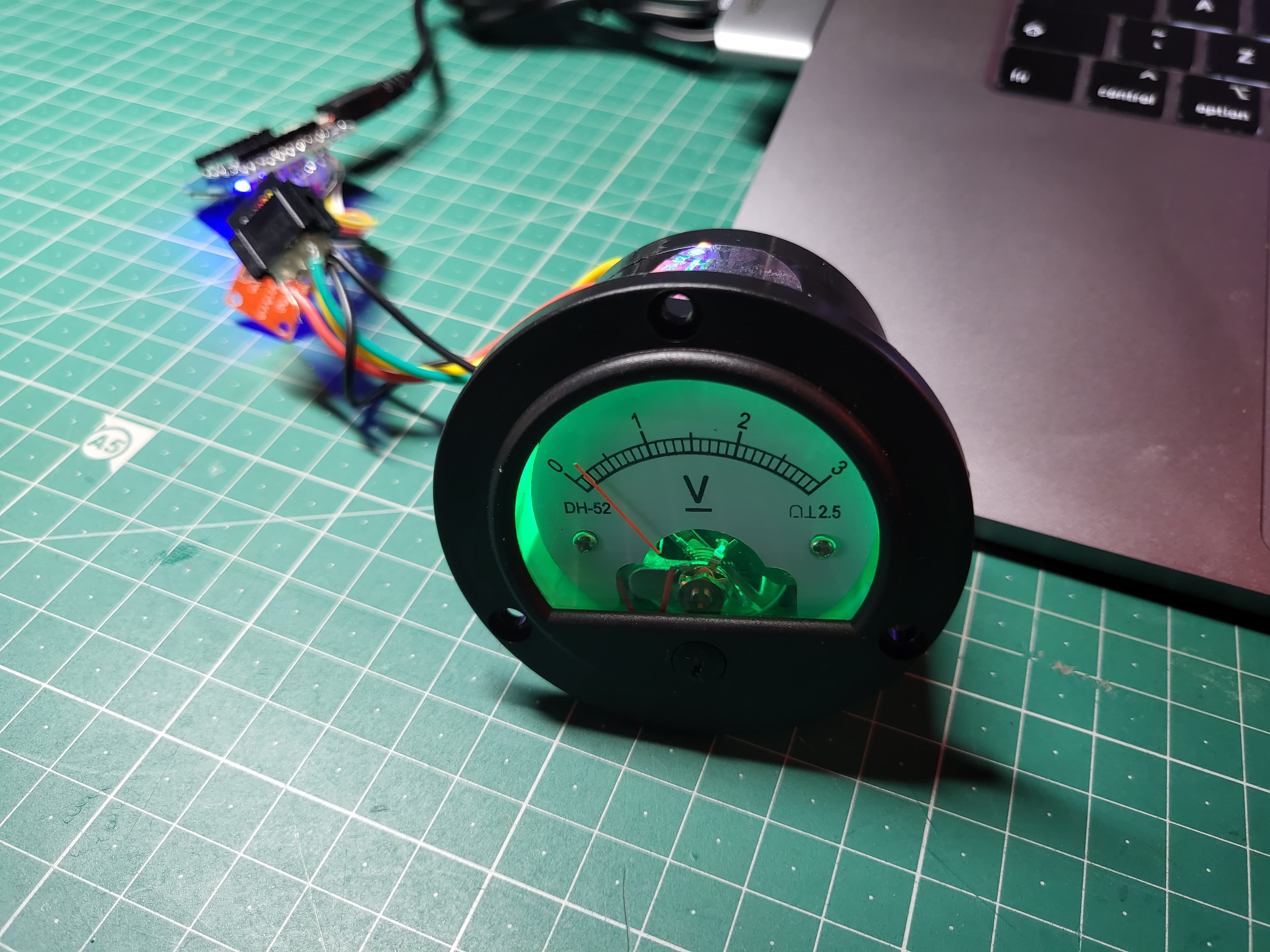 Reads current internet bandwidth usage from local router and displays it on the guage with coloured background.

Using the DAC to control the dial and NeoPixel for just a single RGB LED was no bother at all but getting the router’s data and parsing it was a whole other story..

The TL;DR however, is that it provides a router info HTML page behind basic auth which I managed to GET relatively easily thanks to HTTPClient.setAuthorization but then.. it’s not JSON, it’s just a chonk of HTML the router fires at you.

Parsing XML on an Arduino is supposedly impossible, according to most forum posts I could find but this ESP12 is significantly more capable and I did find an XML parsing library. Would I recommend it? Not necessarily, I mean you can’t do selector queries so it was a nightmare to figure out. Not all that far away from just regexing. Anyway, I got it done and it works! Hopefully Sky won’t update the router software too soon.. lol

It’s crying out for a nice swanky mantel clock style case, so I’ll get onto that in one of the brief windows of time when my 3D printer is working.