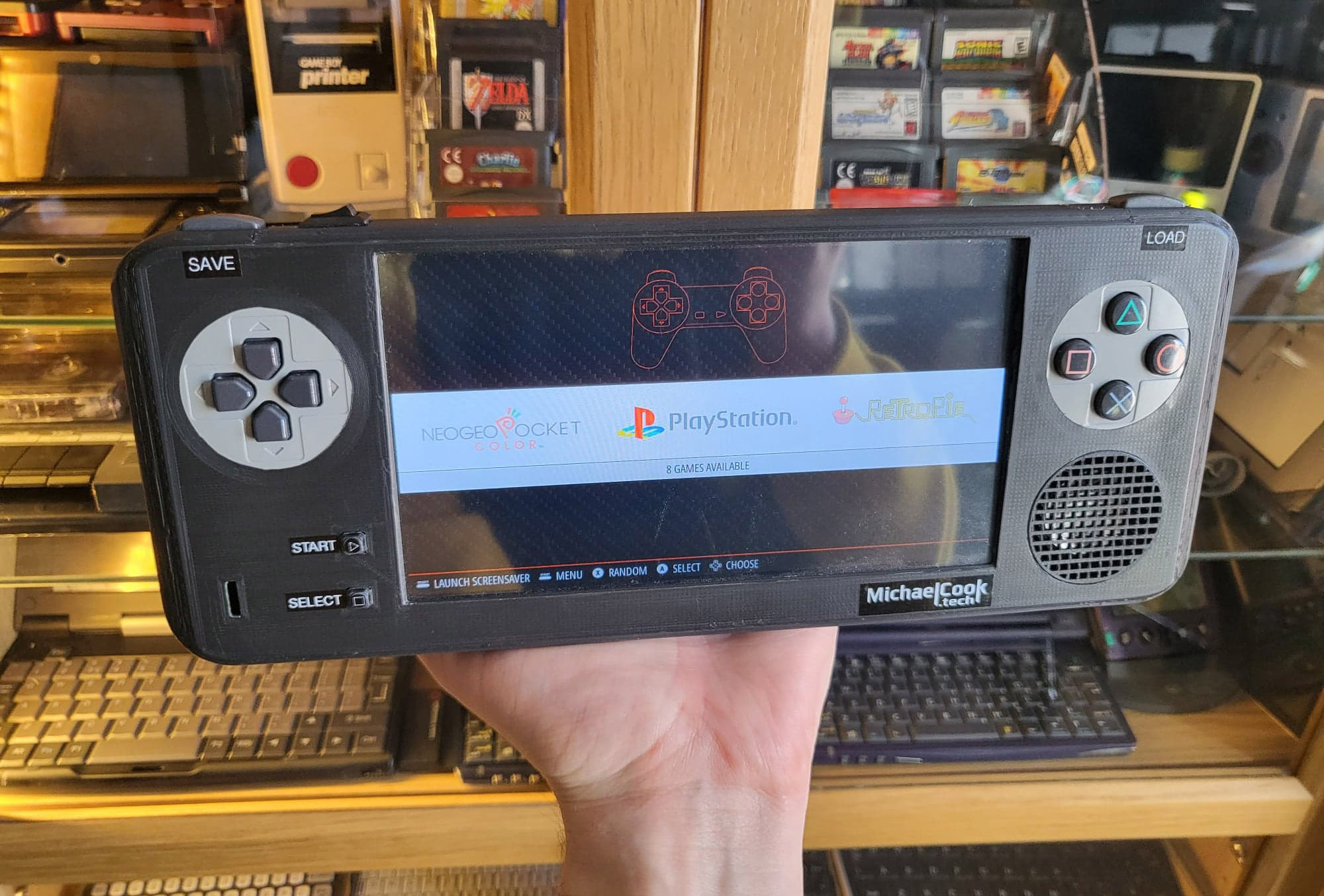 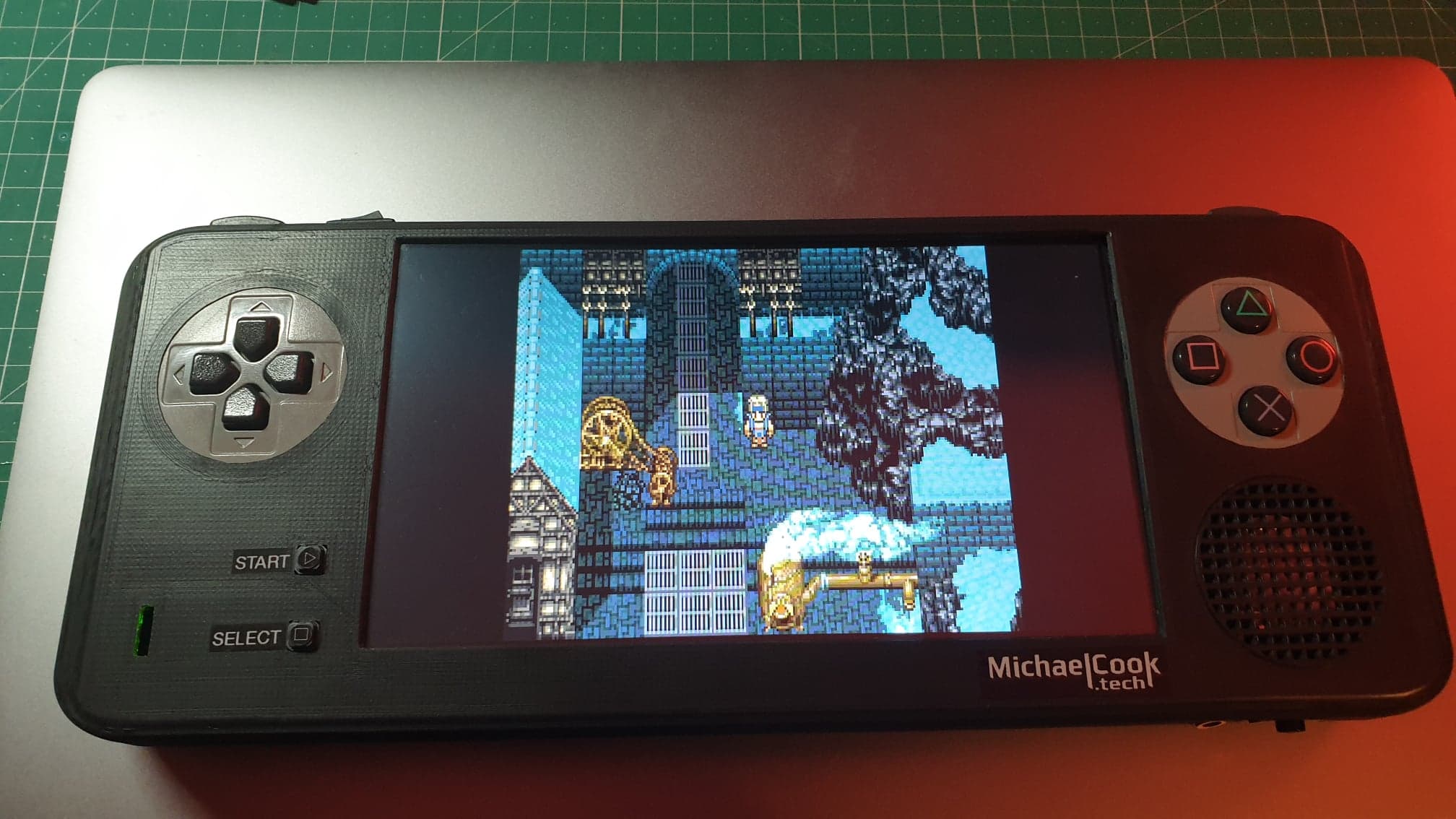 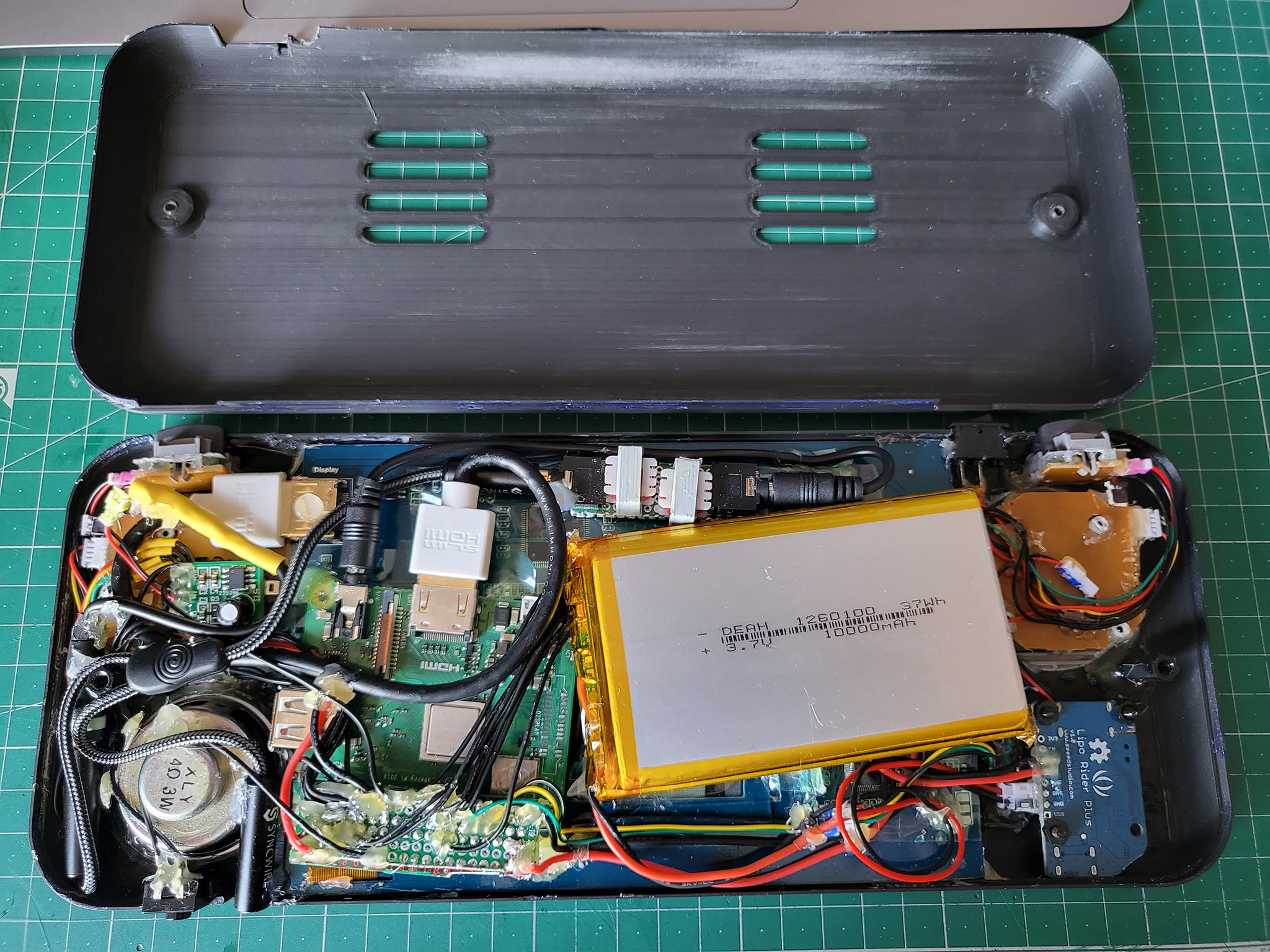 This is a handheld console for up to fifth generation gaming. There are many like it, but this is mine!

I’ve built sooo many versions of this, I can’t even begin. For nearly ten years I reckon, including basically every version of Pi and Pi Zero they’ve released. Not to mention different screen sizes and controls (including a SNES controller version, and JoyCons but it was too jittery).

I’m super proud of this device; ergonomically it feels great with its curved edges. There are some disappointments, e.g. it’s massive and super messy internally - but with a 7” screen, huge battery, speaker etc you don’t have much choice and the ventilation is handy.

My future plans are to strip out the squidgy Playstation D-Pad and replace it with a Genesis one, plus prefabbing a proper motherboard PCB but to be honest I might just give it a rest for a couple of years until a new low-power SoC comes out that can handle PS2 and stuff.

The power circuitry was an issue, as Pis and these commercial LCDs are nowhere near as efficient as you’d like and spikes can cause power cycles but after chatting with cheetahrunout (who built something similar there are significant improvements that can be made: