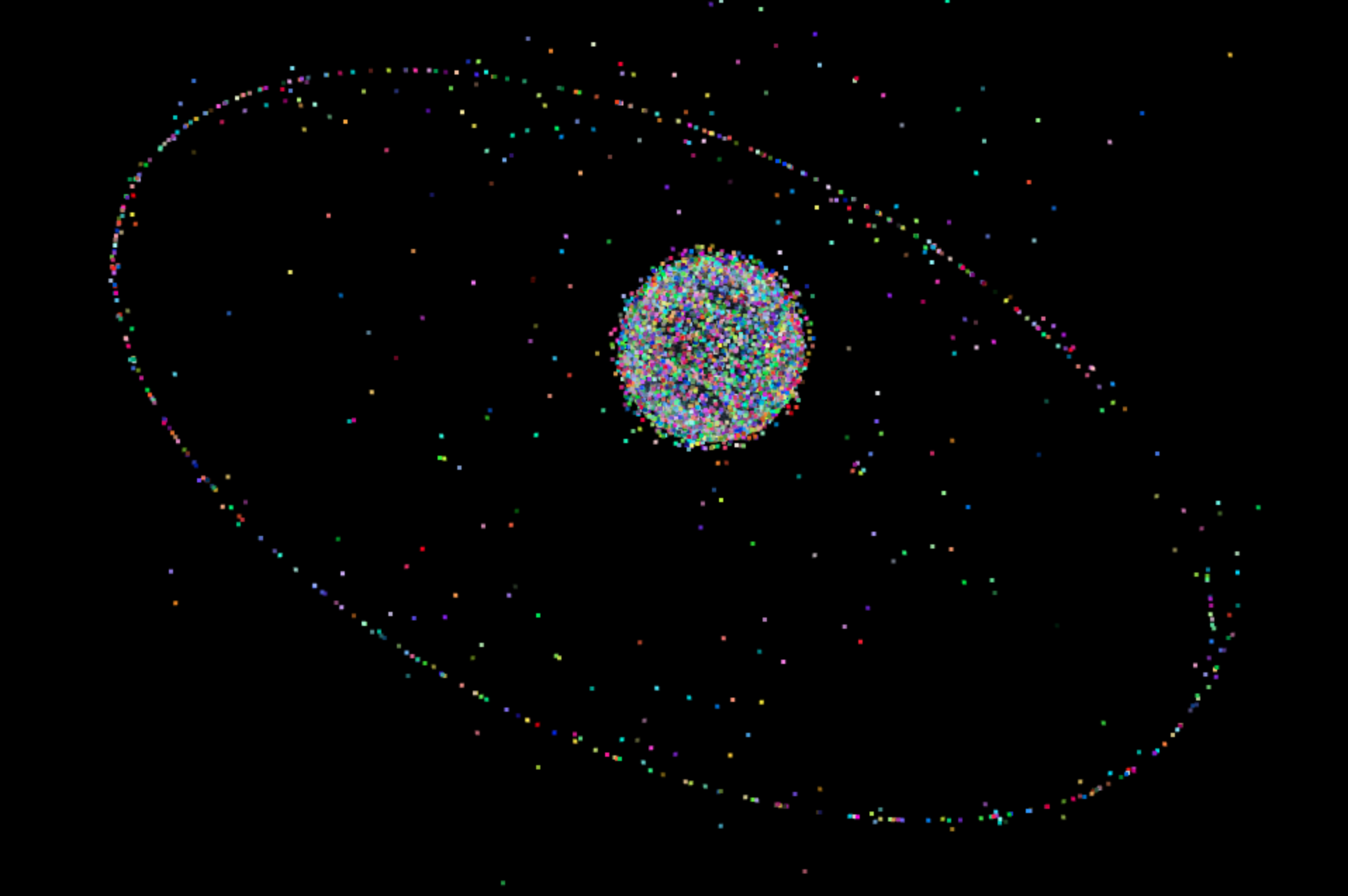 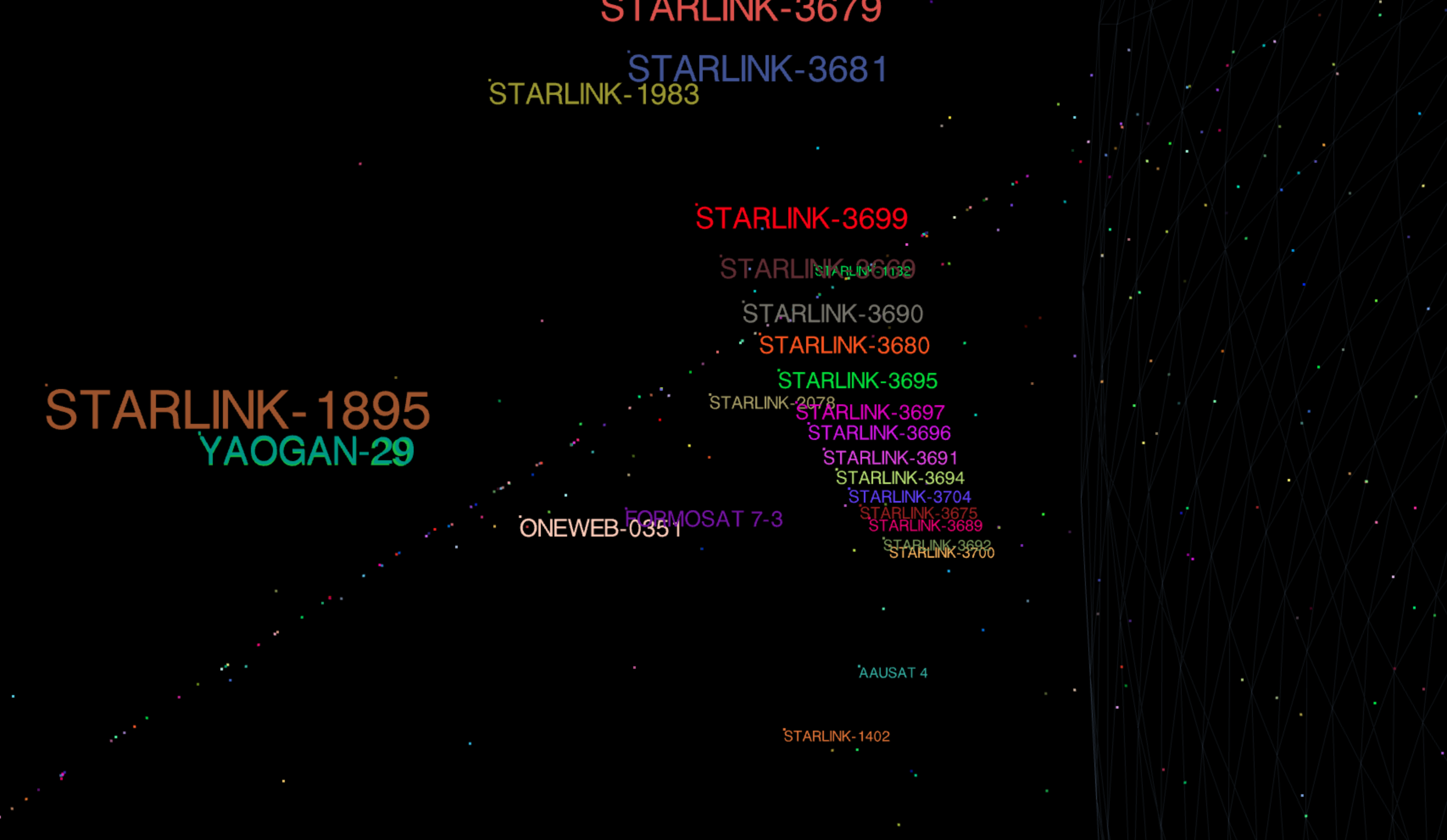 WASD and Arrow Keys to fly around.

This isn’t a new concept but I wanted to build my own version, which is as good a reason as any! So I fired up my IDE and busted this out of an evening.

I plan to display it permanently on a CRT in my office somewhere. Perhaps even adding an anaglyph mode if I’m feeling fruity.

I made some effort for it to be mobile-friendly for the sake of showing off in a pub but.. broadly speaking, it isn’t. I mean, flying by touch is a nightmare and I considered tilt orientation but that’s another kettle of nightmarefish.

Also it appears that 38% of all major satellites are STARLINK which just blows my mind. Like, over 2000!