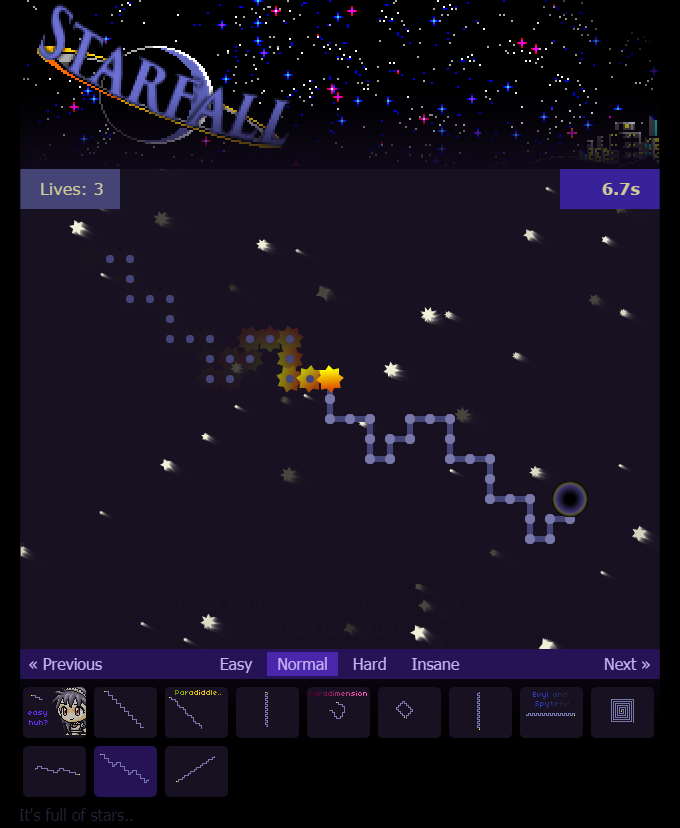 No idea when exactly I made this, but we’re talking 2013ish. I was eager at the time for tap-tap-revolution style rhythm games, and think this idea has some promise.

Levels are each generated from an image, as you can in the gallery, which is quite novel! Unfortunately though, this was all done in PHP so to get this going on Itch, I’ve recently had to rewrite chunks of it in JS. But that’s cool, as it makes this my first port!

This was definitely a pivotal moment, where I made something much closer to an actual complete game than ever before. Even playing it now, nearly a decade later, it makes me feel re-inspired!